A big part of the reason why I wanted to go to Slovenia was Bled. I had wanted to go to this place ever since I  found out it exists. It’s a city which is an hour – hour and a half away from Ljubljana. 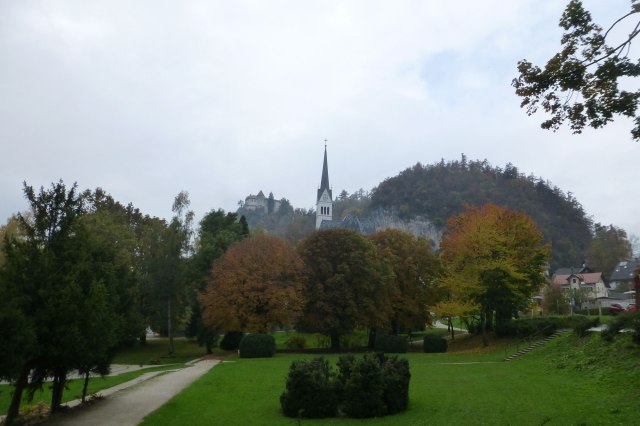 Bled’s main attraction is an island in the middle of its lake. There is a church on the island. When we first got there, it reminded me a lot of Hallstatt, because of the mountains and the clouds crawling around them. 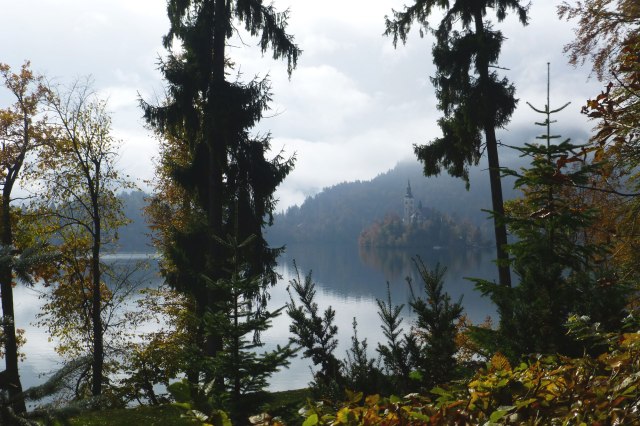 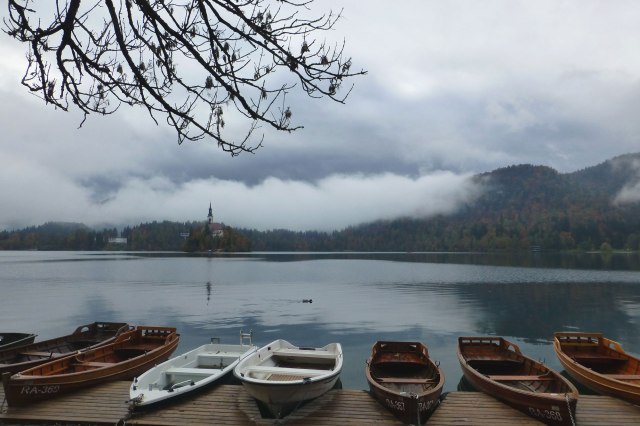 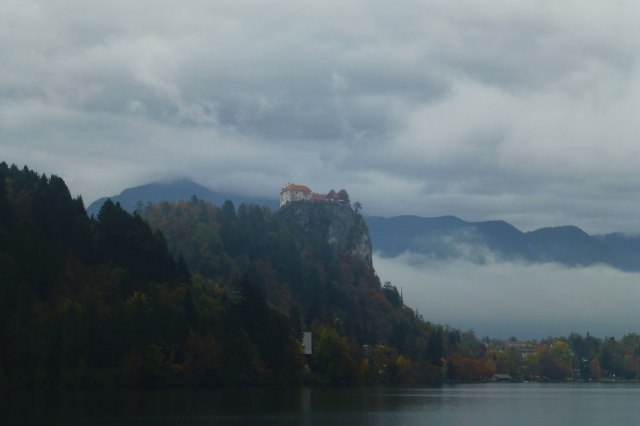 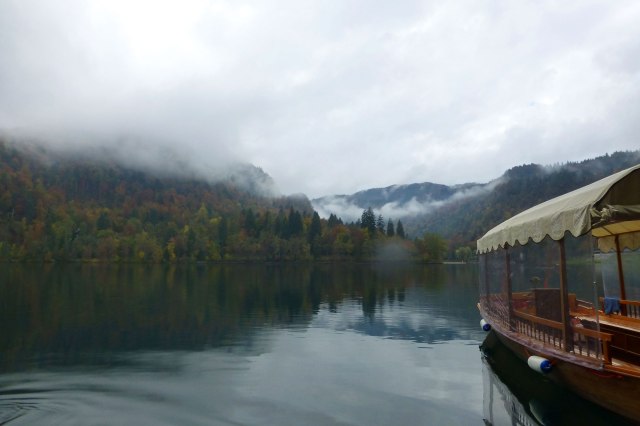 After walking around the lake for an hour, in the beautiful October weather, my boyfriend and I were curious about how we can get to the actual island. There were big boats that took tourist there, but they had a timetable and we didn’t want to wait. So we walked further along the path and found a guy renting small rowboats for 10 euro an hour. I entrusted my boyfriend with rowing us to the island. It took him around 10 minutes. It was raining softly and everything looked absolutely stunning. 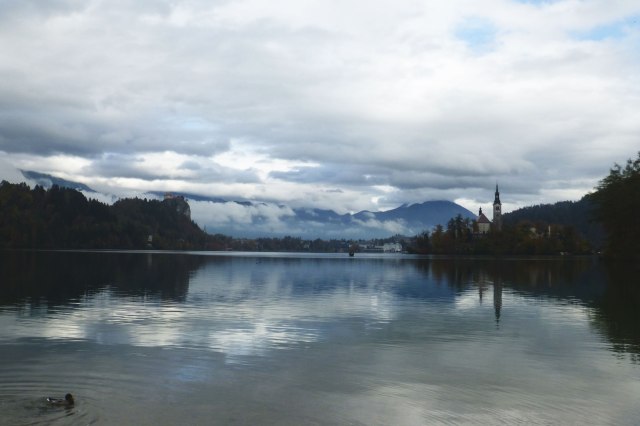 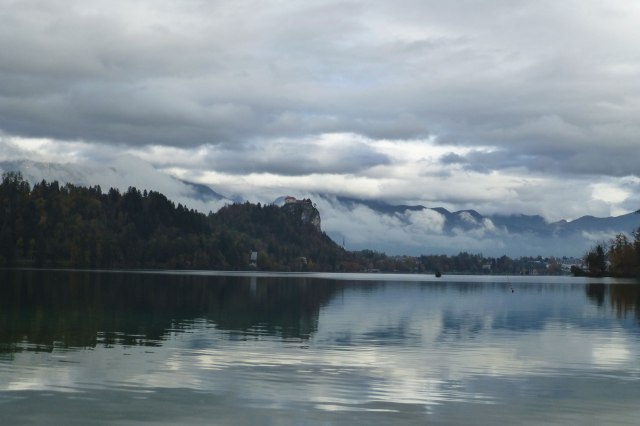 After exploring the island for a bit, we made our way to the castle on top of the cliff near the lake. Maybe it’s because we took the wrong path and had to come back down and climb up the stairs again, but it was definitely one of the hardest castles I had to get to. 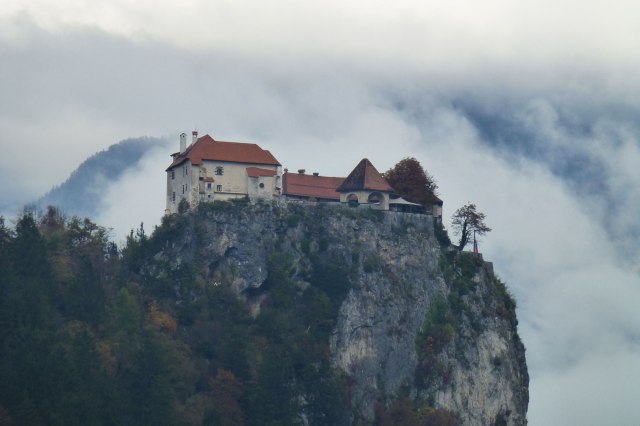 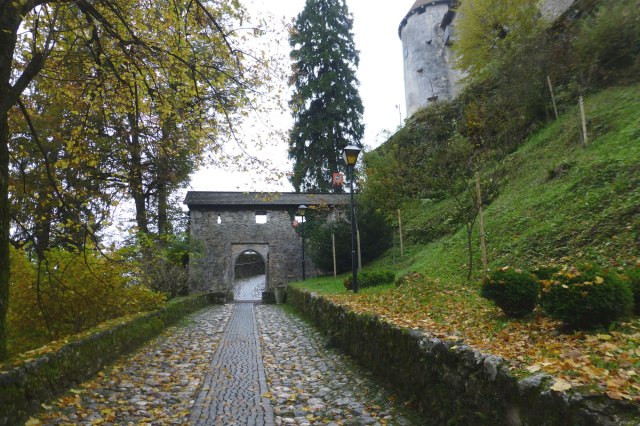 We were thinking of going to Triglav National Park if we had time at the end of the day and going to see some waterfalls, but we were way too tired after all of this and just took the bus back to Ljubljana. The park will have to stay on my list for the next time I visit Slovenia. 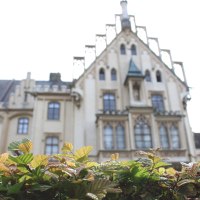 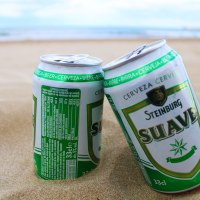 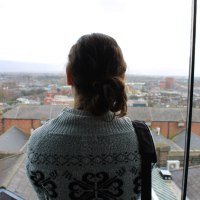 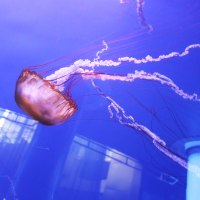 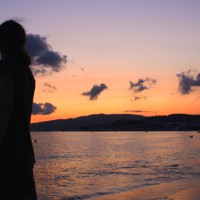 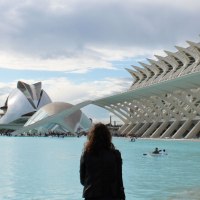